Presentation to Past Master Tom Hoffman, MBE to mark his election as Chief Commoner

The office of Chief Commoner, first established in 1444, is unique in that it is the only role now directly elected by the whole Court of Common Council and serves to recognise the contribution the office holder is likely to have made to the City Corporation over a number of years. The Chief Commoner is the foremost representative of the elected councillors with regard to their rights and privileges - but equally, seeks to uphold the discipline and integrity of the Court.

On 17thJun a luncheon was held in the Guildhall Club to mark the election of a member of the company, Past Master Tom Hoffman MBE as Chief Commoner for the year 2019-20.

In addition to his services to the Tylers and Bricklayers, Tom was elected in 2002 to represent the Ward of Vintry on the Court of Common Council, and has since served on almost all the major Corporation committees.  In October 2018 the Aldermen and Councilmen of the City elected him to the office of Chief Commoner for the year beginning April 2019.

To mark this occasion the Master presented Tom with an engraved Claret Jug and glasses, together with six bottles of excellent claret. 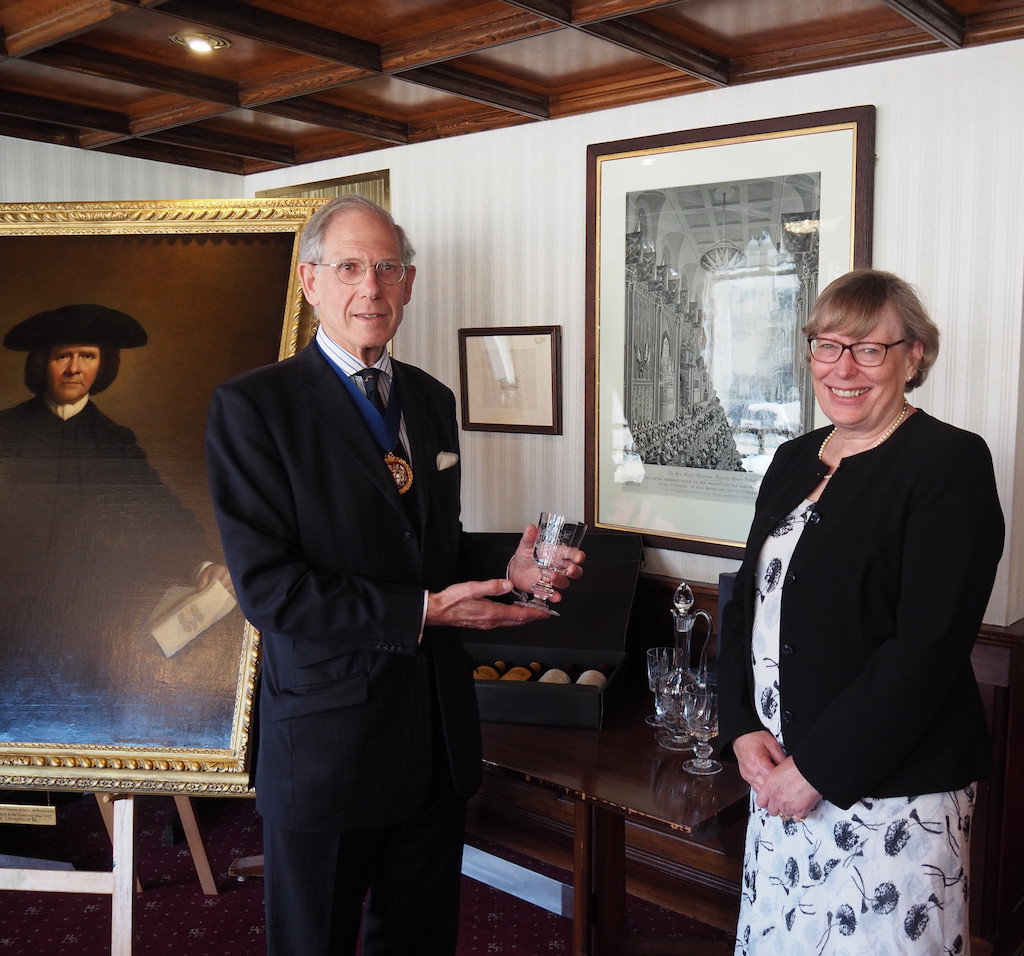 The presentation was followed by a splendid luncheon, with wines selected by the Wine Committee.