The annual Tylers & Bricklayers golf day was held at Essendon Country Club, near Hatfield, on Wednesday 19 September.  31 golfers, representing 5 Livery Companies, competed for individual and team prizes.  It was a challenging day for golf, as Storm Ali blew strongly and the greens were hard and fast.
The Three Clerks Trophy, awarded for the best team score by a Livery Company team, was won by the WC of Carmen, who retained the trophy which they won last year at Hever Castle. 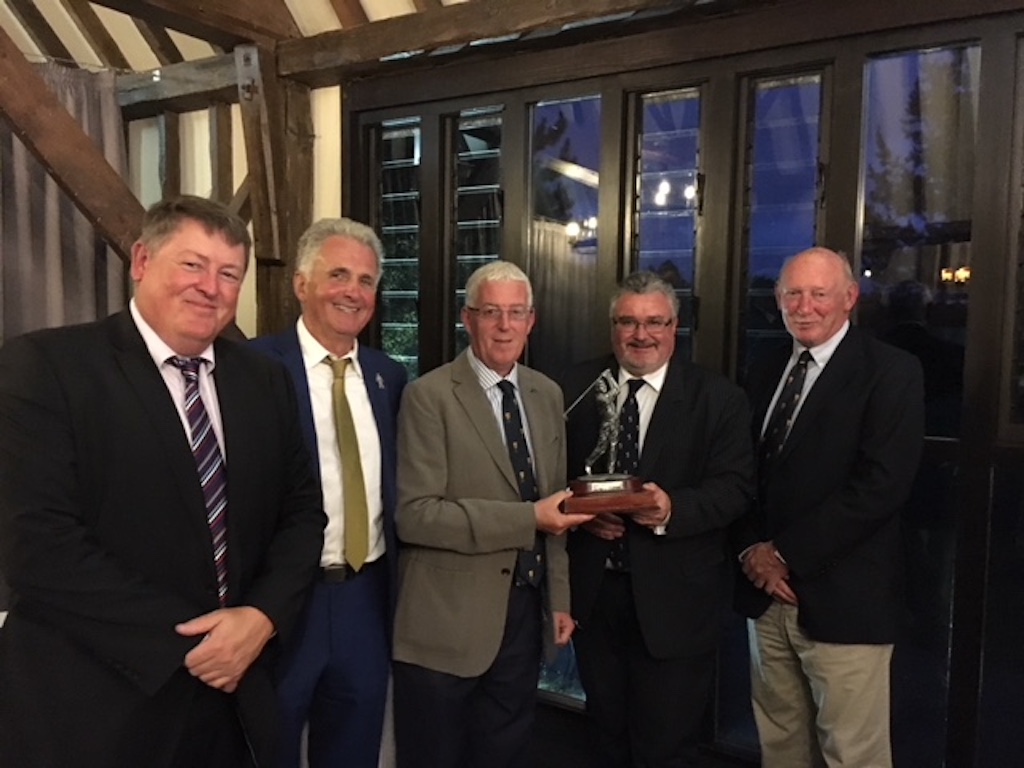 The Paul Harris trophy, for the best individual score by a member of the T&Bs, was won by Mike Gee. 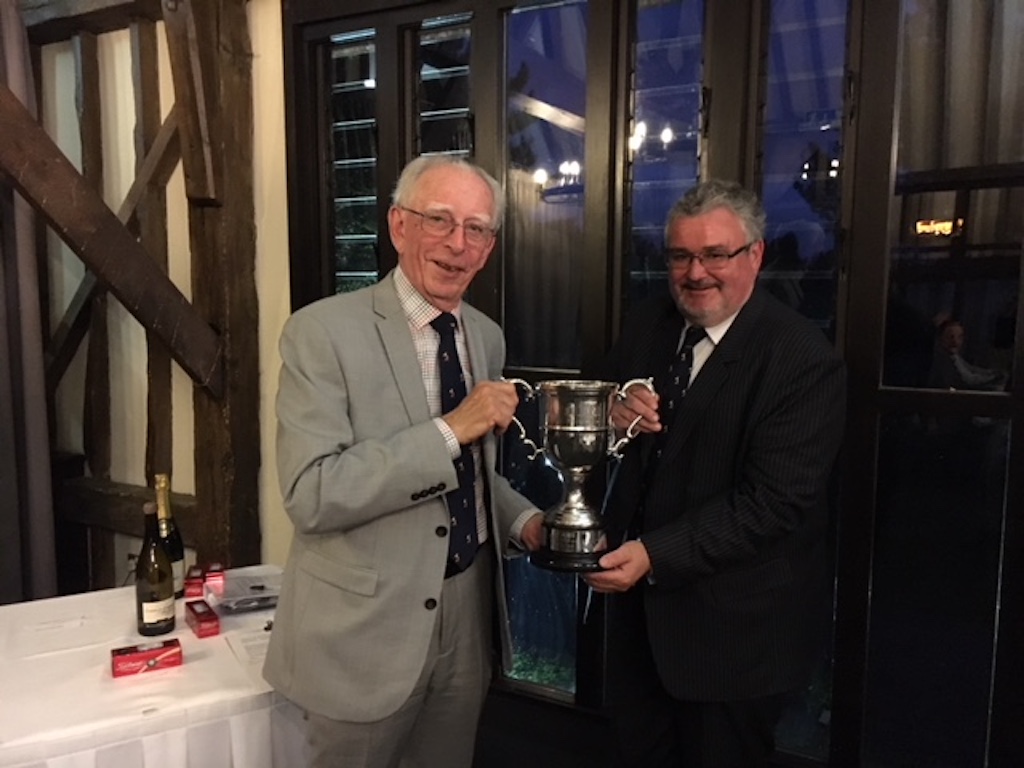 The trophies and other prizes were presented by the Master, who was sadly prevented from competing this year by a diary clash which required him to be in London during the day (thus enabling talk of “what might have been...”).

Teams from the Tylers & Bricklayers have enjoyed golfing success elsewhere in recent weeks.  At the end of August, Court Assistant Simon Martin and Liveryman Steve Trott came second in the annual Livery Pairs competition at Moor Park.  And on Friday 14 September, a T&B team comprising Simon Martin, the Master Elect’s consort, Malcolm Day, and two guests won the team competition at the WC of Carmen Golf day at Verulam Golf Club.  A photo of the team collecting the Carmen Golf trophy from the Master of the WC of Carmen, Patrick Marsland-Roberts TD, is shown below. 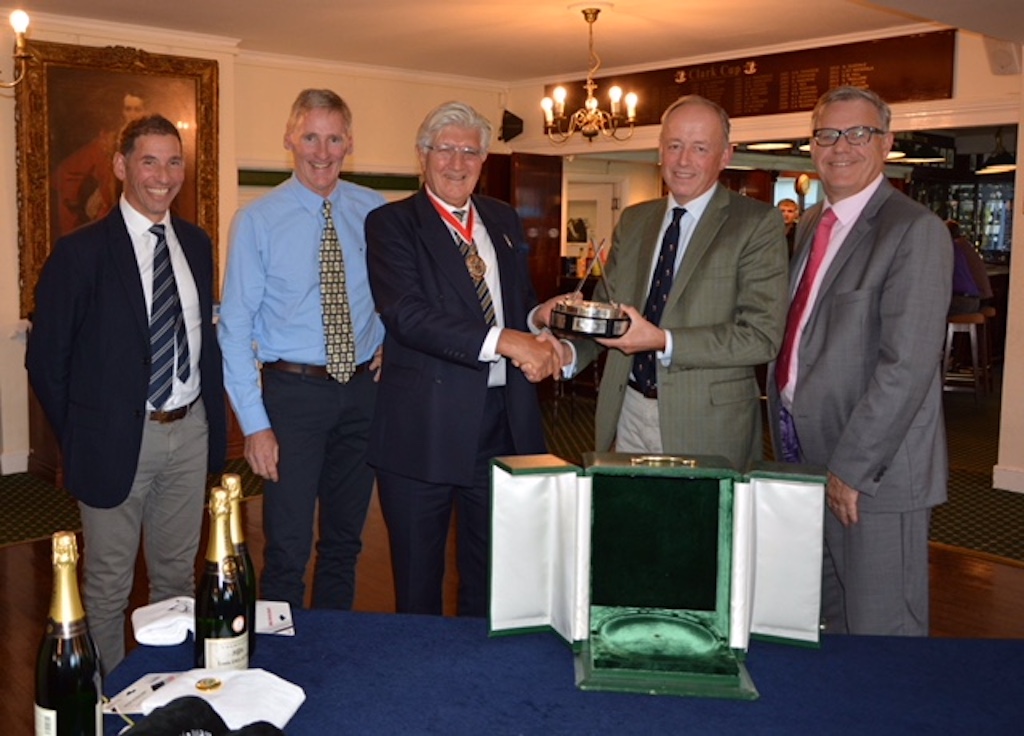