Welcome to the Tylers and Bricklayers!

The Worshipful Company of Tylers and Bricklayers encourages excellence in the tiling and bricklaying industries and has awards for outstanding tiling and brickwork, as well as for individuals training for NVQs and higher qualifications in the craft.

The Triennial Awards honour the best examples of brickwork, roof tiling or slating, and ceramic tiling in buildings completed within the previous three years inside the area bounded by the M25.  Due to the COVID-19 situation, the 2020 Triennial Awards were postponed until 2021.  Nominations have now closed for the 2021 Tylers and Bricklayers Triennial Awards and the date for the Awards ceremony will be announced shortly.

As one of the ancient Livery Companies of the City of London, numbered 37 in the order of precedence, it has an active charitable, educational and social programme.

The Company received its first Royal Charter in 1568, although its roots go back to the fifteenth century, and its Livery (membership) currently stands at approximately one hundred and fifty. 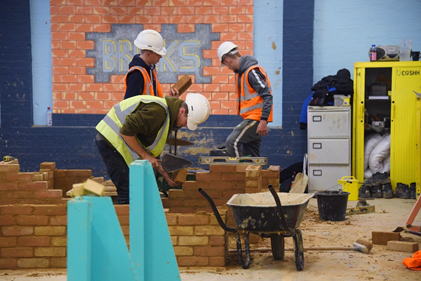 Learn more about our Charity
of the Year