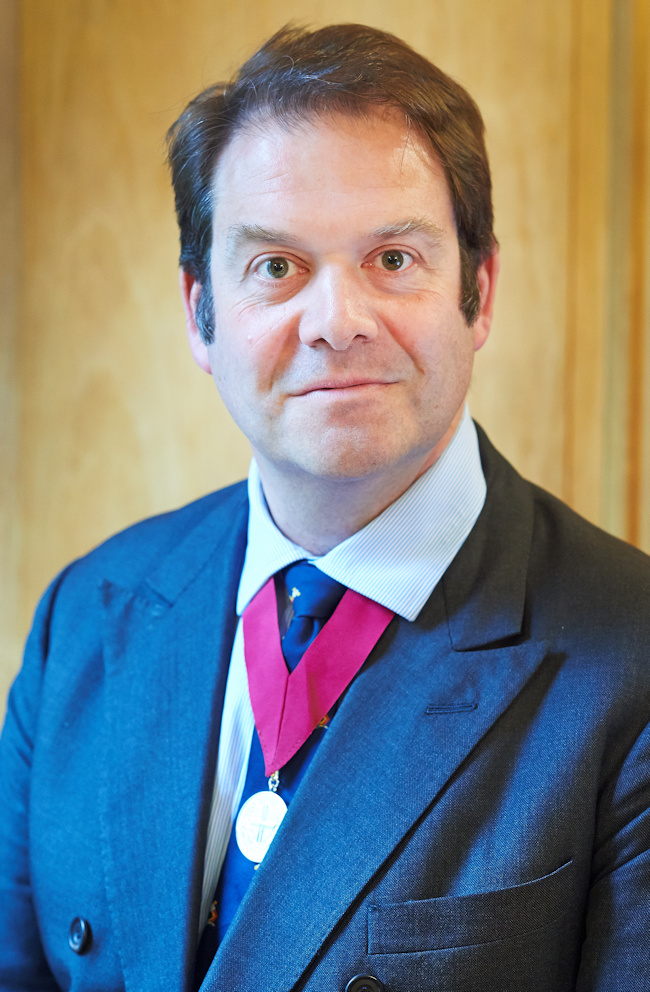 I grew up as a small child in Venice, before we moved back to the England just in time for me to be sent away to school. After A levels I came up to London in my year off before starting at King’s College London, where I read Philosophy. Other than five years away soldiering, I haven’t left.

I have been involved with websites for over twenty years, including ten years with United Grand Lodge of England, during which time I relaunched their digital presence, and took them onto social media. I now work as a digital consultant advising companies on their complete digital presence.

I was admitted to the Livery in 2003, and quickly cornered by Piers Nicholson to serve on the Website Committee (now part of the Comminications Committee), taking over from him as Webmaster in 2009. I joined the Court in 2017.