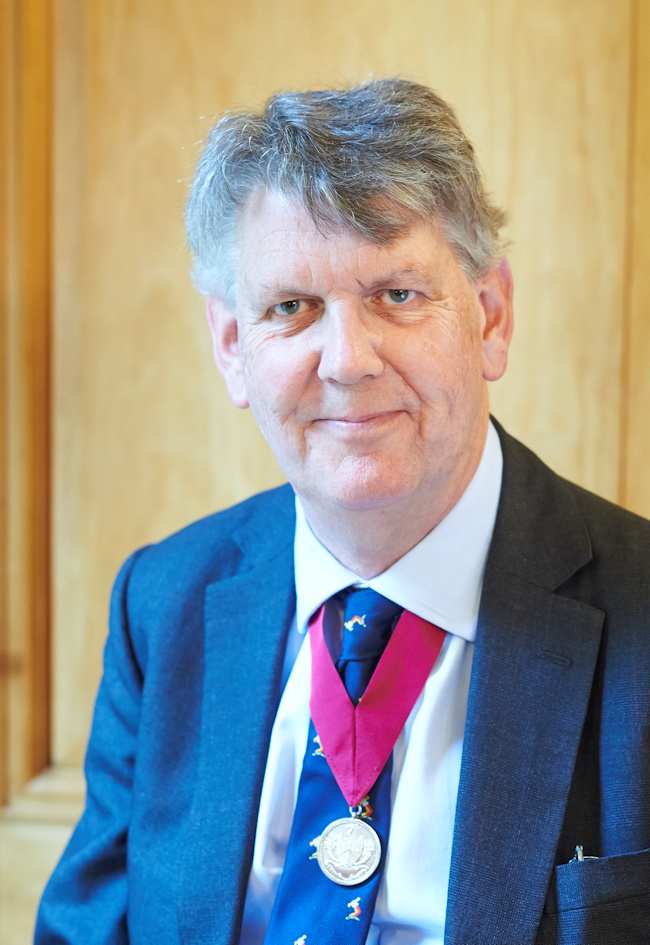 I joined the Tylers and Bricklayers Company in 2002, introduced by Past Master Tom Hoffman MBE (currently serving as the Chief Commoner). Tom was my first boss in banking in the late 1970s and early 1980s and we kept in touch after we both moved on to other posts in the City. I worked for 35 years in and around the City of London, first in the Temple as a barrister, then in banking and finally as a City solicitor. Company events are now the chance to come back to familiar streets and see what has been pulled down or put up!

For the last 20 years of my working life I specialised in advising clients (some public sector, some private) on PFI or Public Private Partnership projects. I found this very satisfying for though I have no practical skills of any sort, I do like working with architects and the wider construction industry to create fine buildings. Major projects on which I have advised include new teaching hospitals such as the Royal Infirmary in Edinburgh and Queen Elizabeth Hospital, Birmingham.

I advised the Government on setting up a JV company with Wellcome to build and operate the UK’s synchrotron (a nuclear research facility like CERN) near Oxford and also helped develop a mass transit bus system for Thimpu in Bhutan.

My other interests include politics (former Parliamentary candidate in Manchester 2001 General Election), sailing, cricket, music and fell walking. Following retirement, I was appointed Chairman of the Independent Advisory Panel for the Army Training Regiment (Winchester) and this takes up a day each week – it is very worthwhile, mostly outdoors and huge fun.

I am married to Gilly, also a lawyer, and we have a son George and a daughter Rosie in their twenties. We live in the Test Valley in Hampshire.