Details
Category: The Court of Assistants 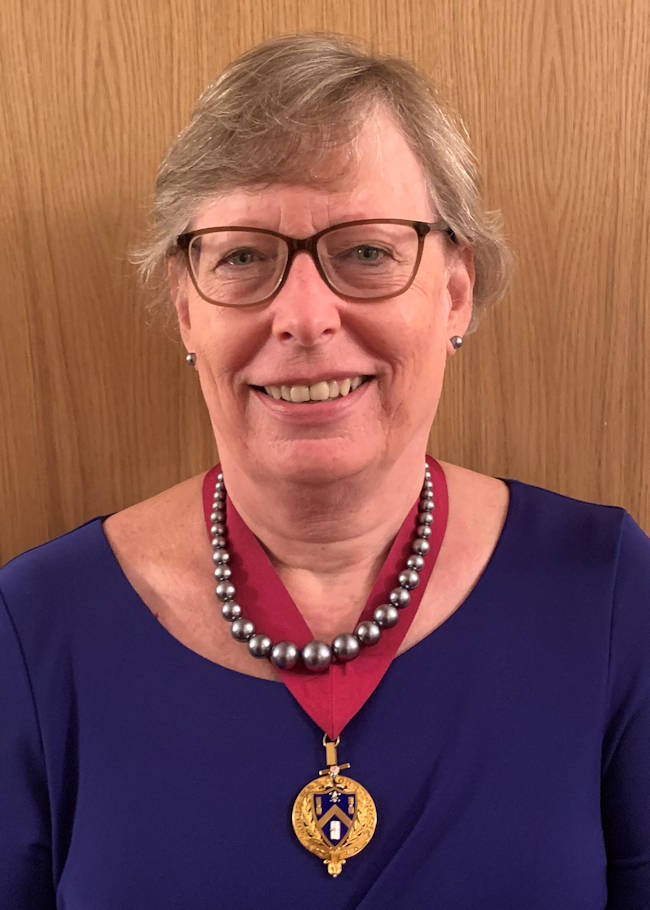 It would be fair to say that when she completed her education, Lesley did not expect to spend most of her working life in the trade association world.  Her plans then, were to join the Diplomatic Service and serve the UK in locations around the world.  Life has its twists and turns and it was by chance that she answered an advertisement which began a 26 year career in association management.

During that time she created, managed and subsequently profitably sold a trade exhibition, amalgamated four associations to create a single representative body, launched and managed an industry registration scheme, launched a trade magazine, represented associations at national and European level, was involved in the development of technical publications relating to the manufacture and fixing of tiles, launched industry awards and created revenue streams for the associations.  She retired from this position in 2014.

In 2006 Lesley was installed as a Liveryman of the Worshipful Company of Tylers and Bricklayers.  In the Livery she has served as Chairman of the Website Committee,  Honorary Secretary and Treasurer of the Company’s charities, a Court Assistant and is the first lady Master.

She was a founder member of Biggin Hill Lioness Club, formed in 1989, and during her time as a Lioness took on the role of the Multiple District (national) Lioness Chairman for a two year period.  Following a move to Caterham, Lesley joined Caterham Oxted & Godstone Lions Club and served as Chairman of their Fundraising Committee for a number of years and is a Past President of the Club.

Lesley is married to Malcolm.  In what little spare time she has, Lesley is a member of the Caterham U3A, enjoys gardening, travel and the company of her family and growing number of grandchildren.