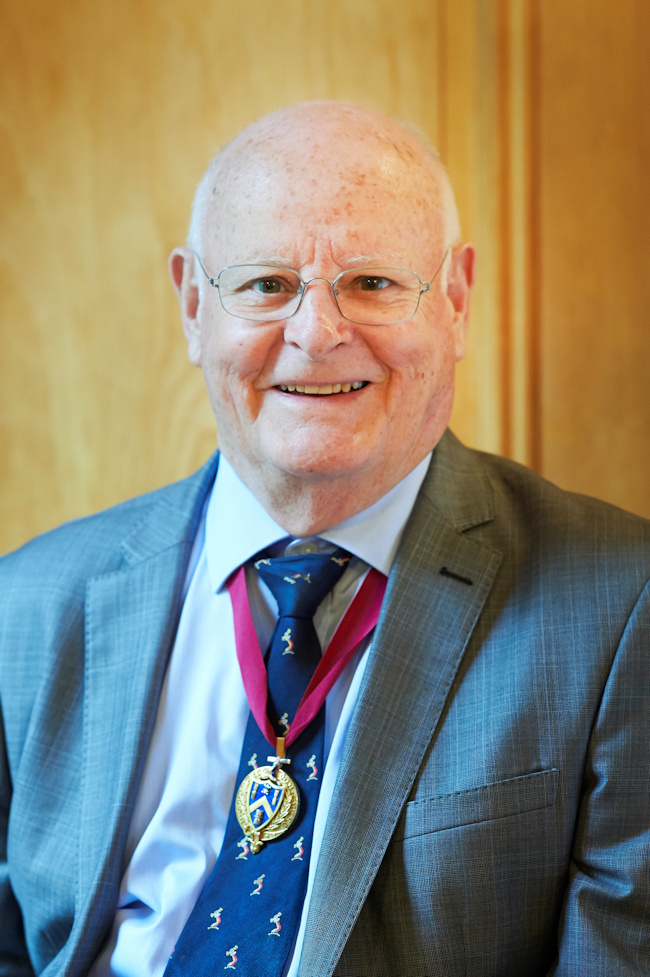 David Cole-Adams was educated in Australia at a school which specialised in educating the sons of graziers to an acceptable level and generally preparing them for life. Among his achievements were the acquisition of a Wool Classers Certificate (First Class) gained by slightly dubious means and sufficient practical training as a maker of rainwater goods and joinery items to qualify him for admission to a number of City of London Livery Companies. He also obtained academic results sufficient to gain a place at Queensland University. Advised by his mother that architecture ran in the veins of his father’s family, and reassured by early school reports that he had shown outstanding proficiency in both Sticks and Plasticine, he enrolled in and completed a six year degree course in architecture. He remains to this day a corporate member of the Royal Institute of British Architects and, by virtue of picking up a Diploma in Arbitration from Reading University, he is also a Fellow of the Chartered Institute of Arbitrators.

Of his first three completed projects one was stolen (but replaced when the appropriate level of ransom had been paid to the charity selected by the students responsible), one perished in a cyclone and the other – a temporary banking facility for an International Scouting Jamboree - was destroyed when it came to the end of its useful working life three weeks later. Feeling that things might be better elsewhere, he travelled to the UK for a two year working holiday to meet an extended English family and to see Europe. He is still associated with the same practice he joined in early 1968. After this inauspicious start, things did improve and he has a Civic Trust Design Award to his credit along with the satisfaction of having been involved with other award winning buildings. Such success was achieved through the careful choice of staff.

The pull of full time architectural practice waned in 2000 and he retired to do other things. David’s professional life these days involves carrying out party wall surveying, limited consultancy for his erstwhile practice and the very occasional bit of expert witness work and client : architect mediation. Many years of teaching and examining at schools of architecture ended recently.

While the Tylers’ and Bricklayers’ Company is his mother Company, he was involved in the establishment of the Worshipful Company of Chartered Architects in 1984 and became its Master in 1995-96. On retiring from practice he took up the Clerkship of that Company – a post that he holds at this time. This was, for him, the dream job in that it allowed him to maintain a strong interest in the profession, to take part in both the running and the judging of architectural competitions and the organising of study tours. All without having to worry about the effects of recessions and the like on offices finances and staffing levels or the appropriate level of professional indemnity insurance. He also managed to avoid having to learn computer draughtsmanship.

David has been the Tylers and Bricklayers Honorary Archivist for the last several years and, while recent output has been limited, he aims to produce a year on year history of the Company for each Mastership. For the past four years he has been Chairman of the Craft Committee during which time he has stewarded two Triennial Awards programmes.

His outside interests include involvement as Chairman of a North London Charity which has funded the construction of a Dementia Day Care Centre in conjunction with the local Health Authority. It has also given financial support to a wide selection of other age and dementia related charities.

David and his wife Mary have four children and five grandchildren who are spread around the world. He enjoys cooking, sampling and drinking wine, and travelling and has been known to work as the unwaged help in Mary’s garden.